One of the governing principles determining the roses chosen for the rose garden at Mesnil Geoffroy is their scent: around 1200 roses have been brought together in a sheltered space within the park where their fragrance is very much in evidence.  It is a delight to walk there on a summer’s day  Yet nothing is more variable than the scent of roses.  Old European rose varieties have, in general, a strong scent which is one of their characteristics.  In contrast, roses from the Far East have a very light fragrance.

Hybrid roses which are the result of crossing existing varieties, display a range of different scents: citrus, musk, apple etc.  But not all roses are scented.  For example the hybrid teas developed in the 20th century have practically no fragrance as rose breeders concentrated on the form of the flower of the rose, the shape of the bud, their vibrant colours and their repeat flowering.  However, since the appearance of English roses in the 1960s, the scent of the rose is again important and is one of the main characteristics of these roses.

The intensity of the fragrance of a rose will vary during the day.  It is at its most powerful in the morning and just before nightfall.  The scent is also influenced by such other factors as for example, the stage of development of the flower (most powerful at full bloom stage), the weather and the quality of the soil.

Further information (in French) can be found in a booklet written by Prince Kayali (« Le Rosier Pratique ») which is on sale in the ticket office for 10 Euros.  In addition to information on the different rose varieties and their history, the booklet offers practical advice for gardeners. 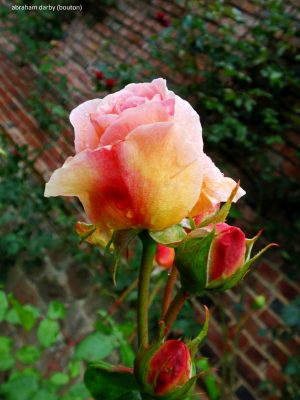 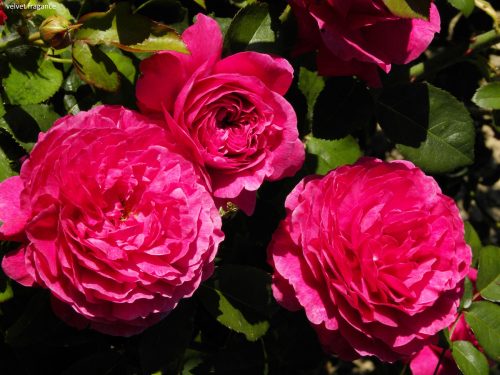 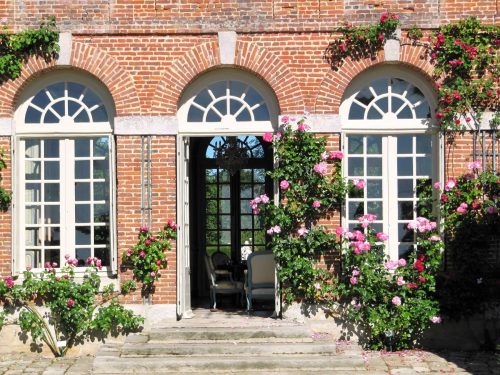