Prince Kayali is President and a founding member of the Normandy Rose Gardens Association (Itineraire des Roseraies Normandes) which comprises 10 different rose gardens – both in public and private ownership – in Normandy.

Mesnil Geoffroy is the most important privately owned rose garden in Normandy.  There are 2100 roses of which 950 are old rose varieties.

Old rose varieties are those which existed before 1876.  Under this category there are species roses (including wild roses) which are only found in the northern hemisphere.  Also included are a great number of roses cultivated in gardens only in Europe, the Middle and Far East.  Amongst the « cultivated » roses a classification system exists which identifies them as: gallica, centifolia, alba or damask roses.  They only flower once a year (non-repeating) – usually in June –  and for the most part are highly scented.

Roses from the Far East (China or Japan) are known for their ability to flower several times a year.  These include teas, china and rugosa roses.  Roses from the Far East were introduced into Europe during the second half of the
18th century and were crossed with indigenous roses to produce new varieties such as bourbon or hybrid perpetual roses which were very widespread in the 19th century. 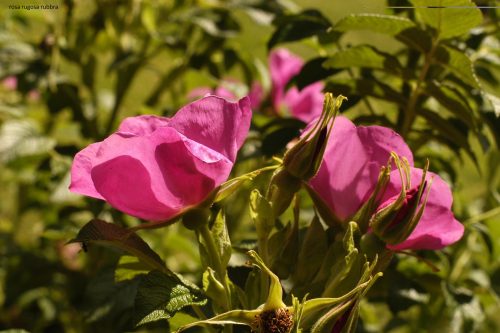 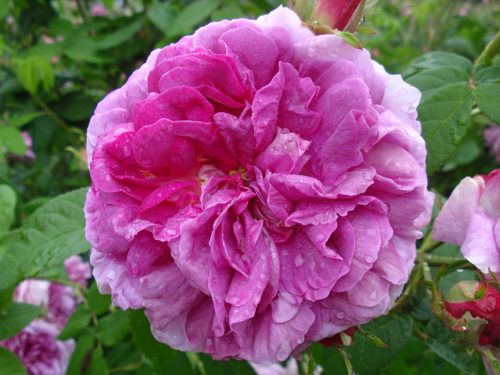