The maze at Mesnil Geoffroy is one of two which currently exist in the Seine Maritime Department in Upper Normandy, the other is at the chateau of Limpiville.

At Mesnil Geoffroy the maze was created at the end of the 17th century by Jean Collinot.  Collinot was a pupil of Andre Le Notre (1613-1700) the garden designer of the chateau of Vaux le Vicomte and Versailles.

The maze has a recreational function when they were created within royal and aristocratic gardens: the hornbeam hedges and beech trees are allowed to grow to a height of three metres so allowing people to hide within them.  Unlike the mazes of the 19th century, those of the 17th century (as here at Mesnil Geoffroy) comprised different paths – some were straight, others were curved, some wide and others narrow.  The paths are punctuated by urns which when viewed from different perspectives within the maze, give the impression that they are far more numerous than in reality.  Each large path ends in a type of « room » or « chamber » made up of beech, hornbeam and chestnut trees.  Such « rooms » provided opportunities for private meetings.

The majority of mazes disappeared because of the work involved and great expense of maintaining them.  It was necessary to keep the paths perfectly cut to ensure the shape of the maze was unchanged and the view of the urns was maintained.

Nowadays children are attracted to the maze and it is the location of treasure hunts (see the page on « Entertainment »). 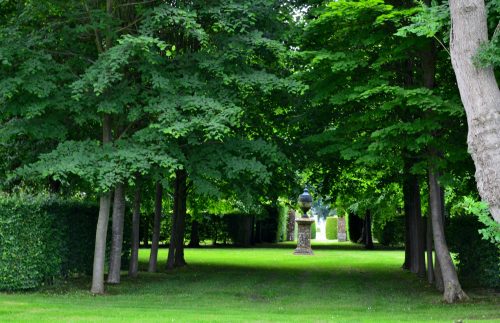 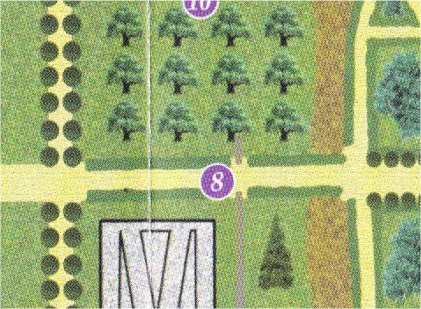 Entrance of the Maze 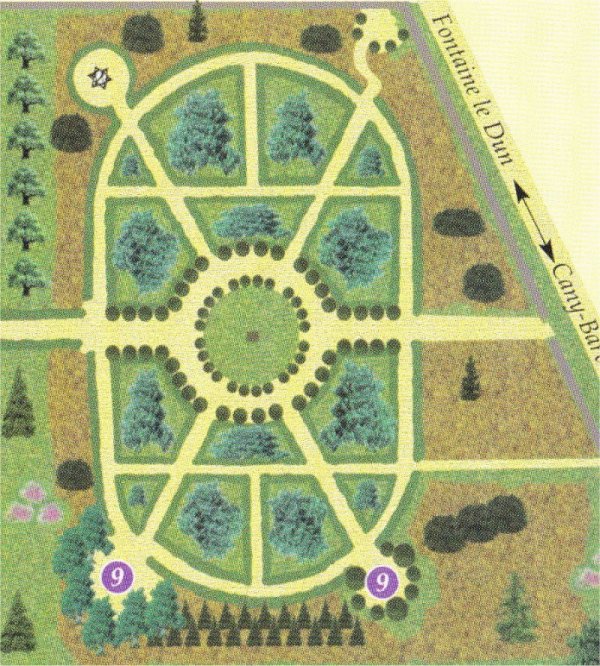